Until recently, Saudi Arabia was considered a central incubator for Hamas activities in the Arab Gulf, it was concentrated in a very grass-roots base. These activities were being carried out under the sight of Saudi Arabia‘s political and security level. There was political representation of this movement with the regime at a level close to the Embassy, but things flipped overnight.

Mohammed Bin Selman’s access to Covenant jurisdiction and his de facto rule on behalf of his father has upset the Saudi political table. The ambitious young prince would like to sit on the throne at any cost, and his goal was to build strategic relations with the United States and Israel. One of the requirements of this alliance was to eliminate the presence of Hamas in Saudi Arabia, and this was explained by the Jerusalem Center for Public Affairs and the Israeli State, to say that getting Hamas out of Saudi Arabia and drying up its funding sources were among the American requirements.

Implementation of the demands

Prince Muhammad bin Selman has not been delayed. On April 4, 2019, the Saudi security forces launched a campaign of arrests involving more than a hundred of Palestinian residents throughout Saudi Arabia headed by Hamas Coordinator with the Government, Dr. Mohammed Al-Khudari and his son Hani. All has been held in unknown detention centers and without official arrest warrants. This campaign has affected the financial and moral rights of the detainees and confiscated their movable and immovable funds at their place of residence in Saudi Arabia.

Position of the Hamas movement

Hamas has taken a position of silence in order to preserve the lives of these detainees, especially since the Saudi security services asked their families not to resort to the media to solve their case, and that’s what it was, however,  the Saudi Government has not responded to this moral obligation on the part of the detainees movement  which has led the people to come up with press statements calling for the release of their relatives, especially there was no specific charges against them, other than sending money to help their families in the Gaza Strip and these transfers were made with the official blessing of Saudi Arabia. Hamas spokesman Hazem Qassem stated on April 15, 2021: “There is no justification for Muhammad al-Khudari, his son and his Palestinian brothers to remain in Saudi jails, and he believes that the continued detention of dozens of Palestinians without charge is a “national sin”. He added that the Palestinian detainees worked for the Palestinian cause under Saudi laws and regulations.

The position of the Saudi Government

What is required at the Arab and international levels

the fact that these detainees remain in prisons without a fair trial is clearly a major abuse of the Arab and international justice system alike, in particular, the charges against them are not criminalized under Saudi law, The development of legal articles to punish activities that occurred in the past touches the core of the law, there is no provision for retroactive punishment. We call upon the world organization for Human Rights to release immediately and unconditionally those detained under this issue and to return them to their families, especially since many of them are elderly and suffer from chronic diseases. 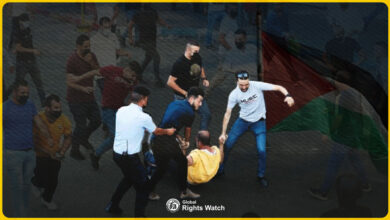 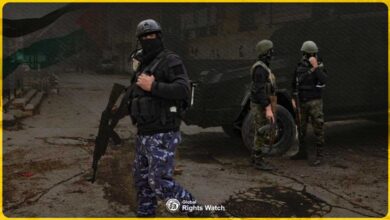